I am an American who has lived in Japan since 1989.
I am a teacher and work at a university now.
I have also worked at many public places on a part-time basis, such as civic community centers,
international relations offices, and private English study groups.

I asked myself seriously “What was my first impression of Japan? “

One question I am often asked is:  What was your first impression of Japan?
I never really took this question very seriously.
I just thought of answers like: The roads are narrow, the Japanese eat a lot of seafood,
people are very polite, and so on.
One day, I decided to sit down and think seriously about this question.
Indeed, what was my first impression of Japan?
Well, I remember first landing at Narita Airport in 1985.
I was an American college student on spring vacation.
A Japanese friend who had previously studied at my university in the US
came and picked me up at the airport.

I was frightened by Japanese restaurant staff who shouted at me

As we got in the car to leave Narita Airport, the first thing he asked was, “Aren’t you hungry?”
I said, “Yes, I am very hungry.”
He suggested that we go to a restaurant in Narita City before we drove to downtown Tokyo.
I thought that was a good idea.
He found a small katsu-don (pork cutlet over rice) restaurant, not too far from the airport.
As we got out of the car and made our way to the door, I was very excited.
This would be my first experience eating in Japan.
But, as we entered the restaurant, I was suddenly very shocked!
There was a lady working at a cash register next to the door, and she yelled something at us.
I didn’t know what she said.  I didn’t speak very much Japanese at all.
Then, I noticed that there was a waitress who was taking an order from somebody at a table
across the room from us.  Even though she was busy with them, and facing in the opposite direction,
she turned to us and shouted at us in a very loud voice.

Even a cook shouted at me

Then, I noticed that there was a small window where the cook could look out from the kitchen to our right.
He yelled at us, too.  I have to be honest.
I was scared.  I mean, I was really frightened.
I actually suspected that they were saying, “Foreigners are not allowed in this shop!”
But, I was with my Japanese friend.
So, I put my head down and followed him to a table.
We sat down and he seemed very happy.  But, I was still reeling in fear.
I leaned over the table and asked my friend, “What did people yell at us when we were walking in?”
He very light-heartedly said, “Oh, they said, ‘Welcome!’”
You can probably guess by now that they said the Japanese expression, “Irasshaimase!”
I was very puzzled, and I think my friend sensed my feelings.
So, he asked, “Don’t they say ‘welcome’ in restaurants in the US?”
I said, “Well, yes, maybe.  But, they would never ever yell the word in such a voice.”

Now, I am used to them shouting at me

As you can guess, I am now very used to this expression.
Sometimes at our University Festival, my students set up stands to sell popcorn, hot dogs,
or something like that.
If you come by, you will certainly hear me yelling,
“Welcome!” to the many guests that stroll by our little stand.

How American say “Welcome”, we just say it normally

“Welcome” might not be the norm in the US in this situation.
Usually in restaurants or shops in the US, the staff will say (in a calm voice), just a normal greeting,
such as “Good Evening,” “Hi. How are you today?” or so on.
If they do say, “welcome,” they will usually add the name of the place and say something like,
“Welcome to Denny’s.”

The Japanese word “resutoran” and the English word “restaurant” are not really the same.
If you say “restoran” in Japanese, most people think of a high quality restaurant.
But, in English, the word “restaurant” is used for any place that sells food that you can sit down and eat at.
Probably the place where we had katsudon would not be considered a “restoran” in Japanese.
In English, we sometime use the slang expressions, “a dive,” or “a joint,” for a place that is not very high class,
but has good food/drinks and is fun to hang out at. 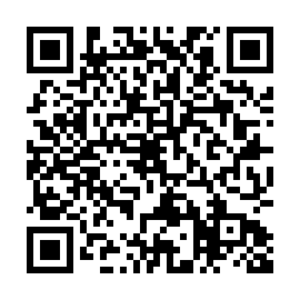